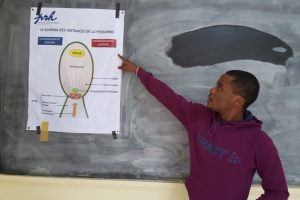 One PRH-collaborator is headmaster of a school. He tells us that he has to combine three jobs and that his wife runs a store too in order to pay the school fees of their four children.