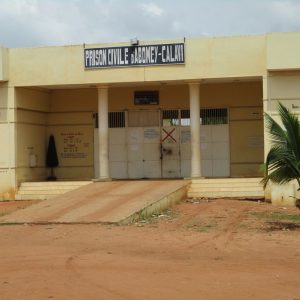 In Benin, family life is sometimes pure hell for the children. 70% of all parents are illiterate. Domestic violence is a common phenomenon. If one, or both parents end up in prison, only a small number of children are protected as being a victim. It seems people deem imprisonment sufficient to rehabilitate parents. Reality proves that this does not work.

In Cotonou’s prison there are 1100 detainees while it can only accommodate 500, resulting in new conflicts and violence.

This training project has as goal the accompaniment of 25 families who suffer from severe violence. It aims to invigorate the parents and the familial environment.

Children of imprisoned parents will benefit from a better framework, even when their parents return after having sat out their sentence.

The parents are approached individually while in prison and are prepared so that they become motivated to work at bettering themselves. Along with individual coaching, they are also stimulated to follow workshops together with others who committed similar violence, in order to gain better understanding of themselves. They learn how to deal with difficult situations and how to offer their children more security in a constructive fashion. Gradually the family is also involved in the accompaniment.

This is a project of long grain, because it involves an intensive and time-consuming process.

What is the cost of this project?

The educators who accompany this project do not receive any financial remuneration for their work. With € 3000 they are able to animate a couple of short programs and counsel 10 families for the period of one year. Should you wish to support this project, mention the following on your bank transfer: ‘Project Domestic Violence Benin’